Noël Heaney/Cornell University
Britney Schmidt, associate professor of astronomy and of earth and atmospheric sciences, is prepping for missions to Jupiter’s icy moon Europa by studying Antarctica’s oceans and ice.

Geographically and logistically, Antarctica is about as far away from anywhere as you can get on this planet. Yet in the scope of our solar system, Earth’s southernmost continent is right in our own backyard.

Britney Schmidt is in Antarctica through February 2022 with a small team of researchers to explore the confluence of glaciers, floating ice shelves and ocean using a submarine robot called Icefin – the first mission of its kind. But the whole time, she’ll also be thinking about worlds beyond Earth.

“My team and I focus on how ice and oceans work across the solar system, including Earth. Particularly, we focus on Europa, the innermost icy moon of Jupiter,” Schmidt says.

Europa is the best place beyond Earth to look for life in the solar system, Schmidt says. To prepare for immanent missions to Europa and other ocean worlds, she’s leading teams studying polar ice and climate here on Earth.

“We’re trying to explore underwater, under ice, the hardest environment you can imagine – the most like Europa,” Schmidt said. “If we want to explore Europa with an underwater probe someday, we’ve got to do it here first.” 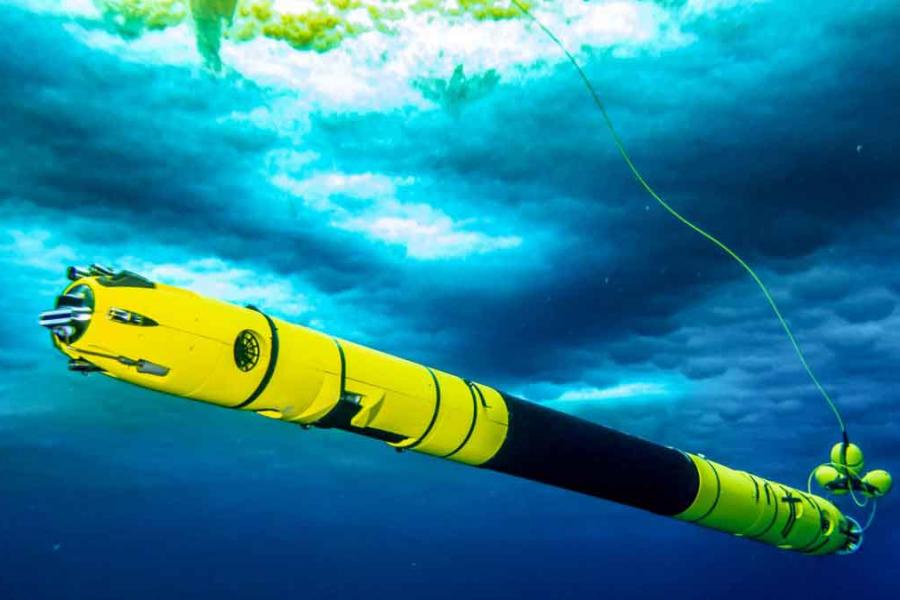 cefin is a small robotic oceanographer that allows researchers to study ice and water around and beneath ice shelves – and develop the technology to explore other oceans in our solar system.

The members of her Planetary Habitability and Technology lab, which is transitioning with Schmidt from Georgia Tech to Cornell, are working to better understand how oceans work both on Earth and beyond, and to develop tools for further exploration.

This mission assembles a diverse team of geologists, biologists, physicists, astronomers and chemists on the science side, and engineers from aerospace, mechanical and electrical disciplines, as well as computer science. Scientists and engineers on her team work “in the same loop, in the same room,” Schmidt says. “The interdisciplinarity that Cornell seems to embrace and enable is exciting.”

Schmidt’s arrival at Cornell in July strengthened those cross-disciplinary ties between colleges, specifically in the area of robotics and autonomy, a high-priority research theme across the university. With joint appointments as an associate professor in the Department of Astronomy in the College of Arts and Sciences and the Department of Earth and Atmospheric Sciences in the College of Engineering, Schmidt will be a key asset in expanding Cornell’s robotics program into the area of planetary exploration.

For example, Schmidt is on the ice-penetrating radar team of NASA’s Europa Clipper mission, which will launch in the mid-2020s to explore the outer solar system. Department of Astronomy (A&S) faculty members Jonathan Lunine and Alexander Hayes are also involved in this mission, as is Principal Research Scientist Michael Mellon. Altogether Cornell scientists are on five of Clipper’s 10 instruments and will play a major role in mission planning and analysis of data.

For now, Schmidt and four colleagues from her team are working with colleagues from across New Zealand to deepen understanding of ocean worlds and to develop and test new tools. Icefin, their underwater, under-ice robotic oceanographer, will allow the team to access areas beneath the Ross Ice Shelf from previously unexplored angles.

Icefin – shaped like a torpedo, 13 feet long and 10 inches wide – carries cameras, sonar equipment, speed sensors, water column measuring tools and other devices. The team slips it into open water through a hole drilled in thick ice on the surface.

“We developed this tool to get into environments that have never been observed directly,” Schmidt says. “It allows us to make transects under the ice, and measure the ocean directly where it’s interacting with the ice.” 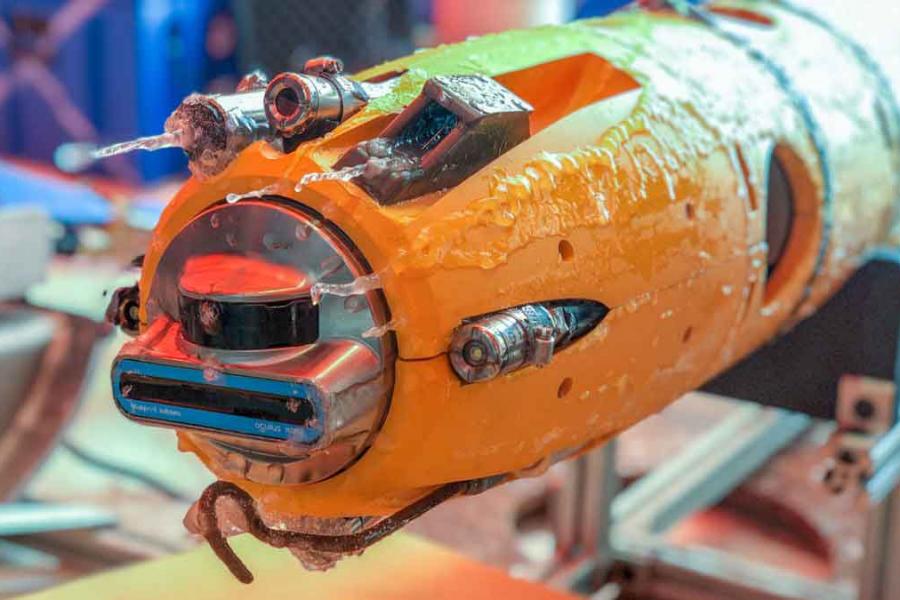 In the Ross Ice Shelf and Europa Underwater Probe (RISE UP) project, Schmidt and collaborators are using Icefin to learn the limits of life on Earth and to gain an understanding of the evolution of Jupiter’s icy moon Europa. Field work for this project is being conducted in McMurdo Station in Antarctica and in the nearby seas, and receives funding from NASA and support from Antarctica New Zealand and the National Science Foundation (NSF). In late 2019, Icefin explored under the Ross Ice Shelf (RIS) near its grounding line – the place where glacier, land and ocean all meet, the most dynamic part of a glacier system.

In austral summer 2019-20, the Antarctic team traveled even farther away from the U.S. base at McMurdo for a similar project: to explore the Thwaites Glacier grounding line using Icefin, for the Thwaites Melt project, funded by NSF and the National Environment Research Council.

The team is now deploying a brand-new sensor onboard Icefin under the sea ice near New Zealand’s Scott Base, along with a University of Otago team. This new sensor will make it possible to understand ice shelf melting and sea ice physics in new ways.

From there, the team will fly with Icefin to a new location with New Zealand’s Antarctic Science Platform program. There, the robot will explore a subglacial channel that connects lakes and streams underneath the Antarctic Ice sheet with the open ocean underneath the RIS.

“We’re going to drop the robot straight into the channel where there’s water rushing out from beneath the ice sheet. That’s never been done before,” Schmidt said. “It allows us to see what’s happening with the entire hydrology of Antarctica, in situ. It’s exciting, looking at the interactions between the water beneath the ice and the ocean.”

Read the story in The Cornell Chronicle.